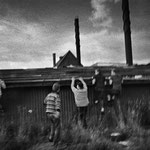 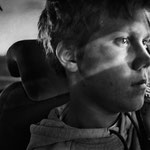 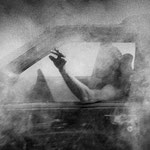 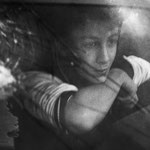 Martin Bogren was born 1967 in Sweden and is now based in Malmo.

His photographic practice has developed by a personal documentary tradition in the early 90’s – photographing bands and artists. His first book was a close- up of The Cardigans, based on several tours with the band. The book Been It was published 1996.

In 2011 Lowlands was exhibited at Fotografiska in Stockholm and published by Max Strom. The same year this work was awarded Scanpix Photography Prize in Sweden.

In 2013 Tractor Boys was published by Dewi Lewis Publishing, with a foreword by Christian Caujolle, and the exhibithion will be touring in Swezerland, France and Sweden during 2013.

Martin work has been widely exhibited in Scandinavia, Europé, and Asia and his work is included in several books/catalogues and has been featured in verious publications including British Journal of Photography, Eyemazing, l`Ímages and Dulce Equis Negraamongst others. His work is reprecented in several public and private collections including Bibliothèque du Nationale de France, Oregon Fine Art Museum and Fotografiska Stockholm.