Peter Brandt (DK, 1966), educated at The Royal Danish Academy of Fine Arts, Copenhagen and The Royal Institute of Art, Stockholm.

Peter Brandt is working with how masculinity is constructed and produced in Western culture, often using his own body, in a feminist perspective. Brandt works in various media such as photography, video, objects, text and textile works.

Brandt worked for years with the project Marilyn & Me, where he staged himself as Marilyn Monroe and used Marilyn as an object of identification and projection. In 2007, Brandt showed Peter Super-T-Art in Nikolaj, Copenhagen Contemporary Art Center, where he also published the book of the same name. Peter Super-T-Art is a project where Brandt is re-thinking the American feminist artist Hannah Wilkes iconic works.

In 2011 Brandt was commissioned by Doctors Without Borders to produce a work, dealing with the 30th year HIV/AIDS crisis. Brandt made Letter to Rabi, a work consisting of drawings by Rabi, a 13 year old boy from Nepal born with HIV, Brandt's letters to him and other cultural artefacts.

In 2002, Brandt suffered a life threatening violent assault, during his residency at The Danish Cultural Institute in Rome and this became the beginning of his work on violence and the traumatic experience, which has so far materialized in the exhibition and book project I Died In Italy But No One Knows It, which was shown at Traneudstillingen, Hellerup, Denmark and Konstforeningen AURA, Krognoshuset, Lund, Sweden in 2010-11.

Brandt's residency at Circolo Scandinavo in Rome will be used to do research forBetween Theater and a Cruel Place - a mixed media work,  dealing with Brandt's encounter with the crime scene in Rome. 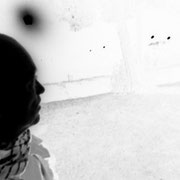 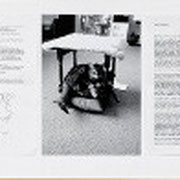 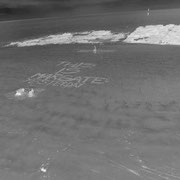