Tormod Lindgren (b1966) is a Norwegian scenographer/artist based in Paris, France. He studied art and scenography in Norway, Prague and London. He designs scenography, costumes and videoworks for several major institutional theatres, like Nationalteatret, Rogaland teater, Riksteatret, Teater Ibsen, Odéon théatre de l'éurope, as well as several theatre and dance companies round the world. In 2008 he won the Ibsen price for videorprojections for @lice, at Riksteatret / Rikskonsertene in Norway.

The last ten years he has worked regularly with Grusomhetens Tueater (theatre of cruelty), a Norwegian company directed by Lars Öyno, that focuses on Artaud for more than 20 years through 23 performances. With the company they had the last world premier of an Ibsen play, Fjeldfuglen in 2009, a performance that was nominated to the Ibsen price as theatre event of the year, and that has been touring Europe and India since.

He will use his stay at Circolo Scandinavo to prepare a performance called "50 drawings to murder magic". The French multi artist Antonin Artaud wrote this text to sum up the several thousand drawings and notes done the last year of his life. When my preparations pf the texts is done, a series of performances will then be developed with the actors and musicians of Grusomhetens teater.

Lindgren uses a large range of artistic expressions, still drawing is the center of his work. A drawing where the physical act of drawing fuses with the "image". A "performance drawing", close to performance. 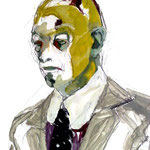 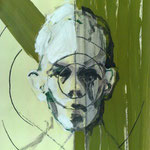 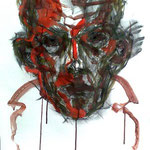 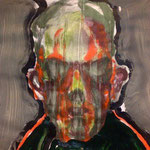 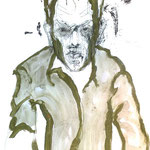 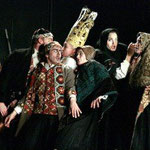 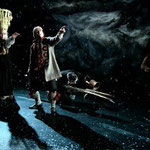 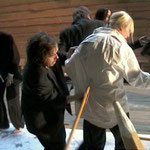